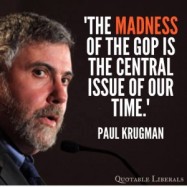 Des Moines, Iowa — Today, national and local experts will preview the Freedom Summit being held on Saturday in Des Moines, Iowa. Potential [Republican] presidential candidates will attend and speak at the summit, in an attempt to gain favor with Congressman Steve King and Iowa’s extreme conservatives in advance of the 2016 Iowa caucus. The Summit is hosted by King and the group Citizens United.

“It’s terrifying that the Congressman who compared immigrants to dogs, doesn’t expect to find gay people in heaven, and believes God will use the next Republican President to ‘restore the soul of America’ will play the role of Presidential kingmaker this weekend,” said Matt Sinovic, executive director of Progress Iowa.

Via Teleconference:
Reply to matt@progressiowa.org to RSVP